The Adventure of the Engineer’s Mom 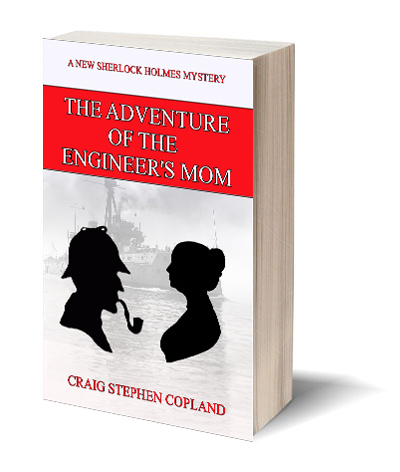 A brilliant young Cambridge University engineer is carrying out secret research for the Admiralty. It will lead to the building of the world’s most powerful battleship, The Dreadnaught.

His adventuress mother is kidnapped and having been spurned by Scotland Yard he seeks the help of Sherlock Holmes.

Was she taken by German spies, or an underhanded student, or by someone else? Whoever it was is prepared to commit cold-blooded murder to get what they want.